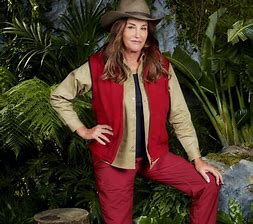 The American TV Personality and Olympic athlete Caitlyn Jenner ,also known as Bruce Jenner, was quite a well known person.

Her popularity increased by quite a bit when word got out that she wanted a genital operation to become a woman in April 2015. 4 years later she makes an appearance on a very famous tv show ‘I’m a Celebrity Get Me Out of Here‘.

A large amount of people were very rude when they had found out she was going to be taking part in the trials ect… As time passed they watched her create friends in ‘the jungle’ and started to grow fond of her. ( Not to mention the few hundred new followers she gained)

When Caitlyn was voted out of ‘the jungle’ her supporters couldn’t believe it. They were all so gutted that she wasn’t going to be the next Queen of ‘I’m a Celeb’ and to top it of there was no one to greet her at the other end of the bridge!