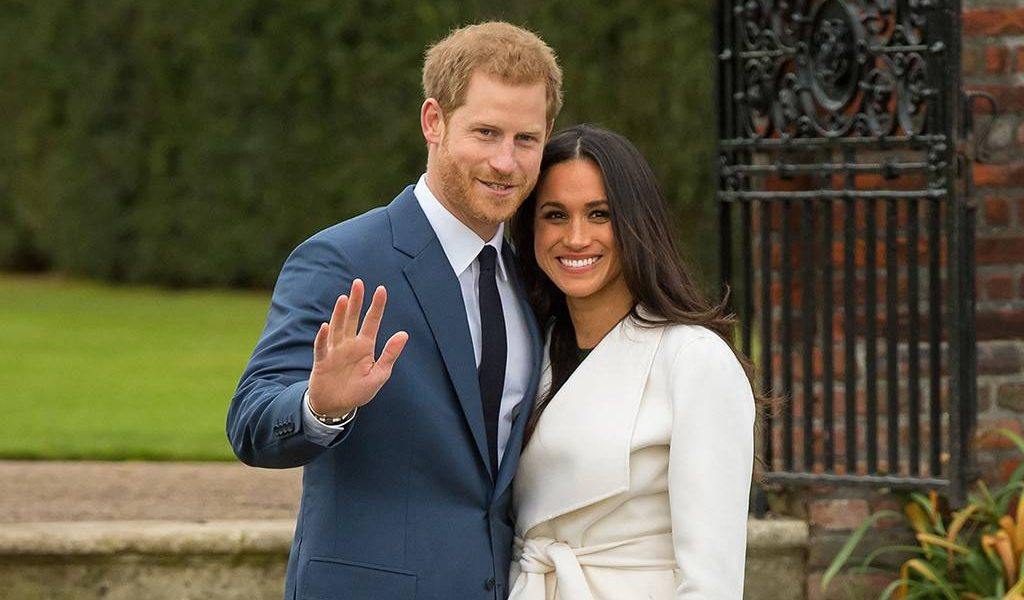 Home ⇾ Novelty ⇾ Royalty ⇾ Will the Next Royal Baby be Born on the Queen’s Birthday?

Will the Next Royal Baby be Born on the Queen’s Birthday?

It seems Prince Harry and Meghan Markle have a busy schedule before them, a busy spring it will seem. Apart from Meghan celebrating her first wedding anniversary with Prince Harry and the coming birth of their baby, one question which seems to be on everyone’s lips is… “Will the Royal Baby be born on her Majesty’s birthday”?

After the announcement of their first child on the 15th of October last year (2018). The announcement was made while both Prince Harry 34 and Meghan 37 arrived in Sydney on 7th of January, 2019 ahead of their 16 days tour in Australia and New Zealand. Sources say Meghan was 12 weeks pregnant. Kensington Palace also reiterated this by saying the new bundle of joy will be expected in the Spring.

Royal Baby on a Queen’s birthday!

Still on Kensington Palace, the statement they released earlier read “Their Royal Highnesses The Duke and Duchess of Sussex are very pleased to announce that The Duchess of Sussex is expecting a baby in the Spring of 2019.

“Their Royal Highnesses have appreciated all of the support they have received from people around the world since their wedding in May and are delighted to be able to share this happy news with the public.”

Even though the statement released by them (Kensington Palace) talks about Meghan’s child being ready in the springs, it seems this still looks vague as no announcement of an exact day has been made. Now, why there are questions of the baby been born on her Majesty’s birthday is simply because the Queen usually celebrate two birthdays yearly. Her actual birthday which falls on the 21st of April and her official public celebrations which falls on the Second Saturday of June. This seems close. In fact, Ladbrokes gave an odds of 100/1 for the child to be born on the Queen’s real birthday. If it happens and you’ve placed a bet you could be quids-in!

2018 witnessed plenty of punters putting their money on Prince and Kate Williams to give birth to their own child on the Queen’s Actual birthday. But that didn’t happen as Louis arrived two days after her birthday. Which was on the 23rd of April. It was also a week before Princess Charlotte’s Birthday… One would say that this is somewhat close…very close.

Why is this important to the Queen?

The first question one would ask is if the this means anything to her Majesty… The simple answer to that would be yes! So, when did this whole trend start? It became a tradition in the days of King George 11 in 1748. King George II was a lover of huge celebrations, merry making amongst other things. But had an issue with his birthday being in the month of November. He felt it would be too cold to have his birthday marked I a time when the public couldn’t celebrate any thanks to the snow and cold generally speaking.

As a result of this, he came up with the idea of celebrating his birthday on the same day as the annual military parade known as Trooping the Color in the summer. That way, the weather would be better. That was how the tradition came to be. Many monarchs after him have all continued in that path.

What does her Majesty do on her Birthday?

This might feel like a confidential thing, but truth is, it is not. Most of us know what the Queen does on her birthday. But for those who don’t, she spends the majority of her time with her family. This doesn’t mean gun salutes won’t go off in Windsor Great Park and Hyde Park at midday so that people do not forget what that day is all about. Later on during the official birthday, Trooping the color happens with over 1 400 soldiers, 200 horses, and 400 musicians. The crowds at this point will come out and show support for their queen. With people waving flags and wearing the Union Jacks outside the palace of the queen. This is done before a parade happens from the mall to Horse Guards Parade which is at the Whitehall. The Whitehall is near Downing Street, once they get there, they will go back to the palace.

Who will be the Godparent of the baby?

Before it starts to feel like we are totally ignoring the baby, let us take a look at some of the important people who would make a great Godparent to Prince Harry and Meghan’s new royal addition. Who do you think it should be?

Having a Super Athlete as your Godmother, tell me, what could be more awesome than that. Serena and Meghan’s friendship dates back to 2010 when they met at the Super Bowl. They instantly connected with each other. Serena also welcomed Alexis Olympia last year in September. Her (Serena) and the Husband (Alexis Ohanian) were guests at the Royal Wedding.

Tom and Harry met at Eton College, he was said to have been his (Harry), close friend. Known then as “Skippy”, he used to be Harry’s wingman. Meghan and Harry were at Tom’s nuptials in Jamaica, this was in March of 2017. No doubt, they are really close.

The Popular Indian actress has been friends with Meghan since 2016. Their first meeting was at the ELLE Women in Television dinner. According to Chopra “We just became friends, like two girls, would” she told an online magazine (people.com) of their friendship. She was at Harry and Meghan’s wedding too.

One name that seems to be crawling in is that of Harry’s mentor and friend. His son Jasper as a page boy at Harry and Meghan’s wedding alongside Jasper’s wife.

We hope to see her (Meghan) give birth to her baby on her Majesty’s birthday. Personally, that would be great.