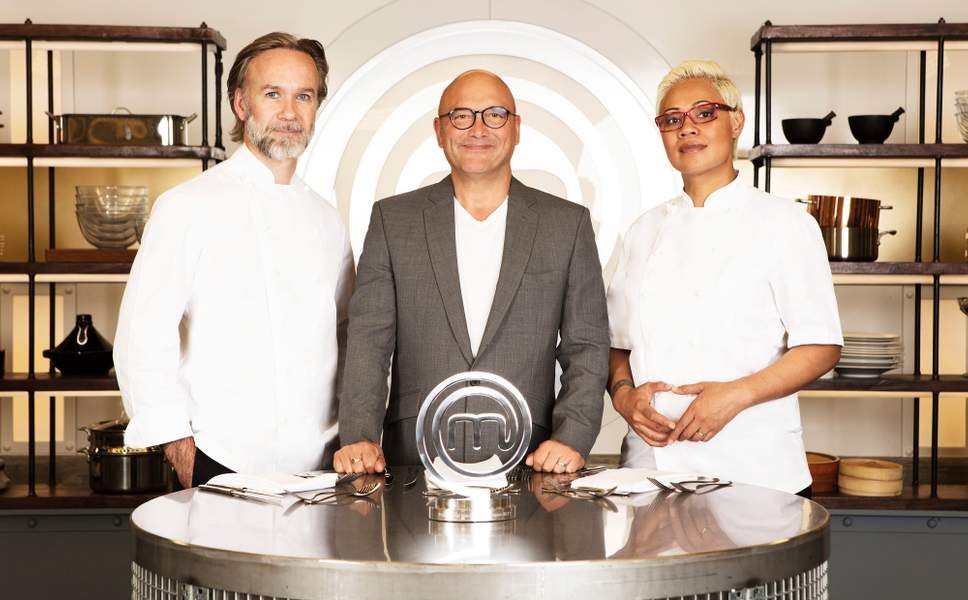 Funny enough, the interest and fun that ooze from this show are not just a result of the cooking abilities from the contestants, but the blood, celeriac puree, and of course, the sweat that goes into being the last man standing. It will totally be unfair not to talk about the judges too. They’ve been brilliant… U!

My favorite part is when George rises to his tiptoes… Classic! How about our graceful Matt… The drama…?

Anyways, the love I have for this shoe hasn’t in anyway quenched my doubt. We all have this feeling of wanting to know what happens behind the camera. Not to worry, our curiosity has brought us this far. We will be sharing with you some facts you didn’t know about some of the things you didn’t know about the popular cooking show! Let us start with the good…

When it all began

Even though the show looks more modern thanks to its increased popularity, as one of the pioneering series of reality TV shows, it all started in the United Kingdom in the 90s (1990 to be precise). That means the show has been in existence for over 26 years and after surviving many name changes and style changes, it now has three variations including Junior Masterchef and Celebrity Masterchef.

Where is this show filmed?

Masterchef used to be filmed in London City halls! But things have changed, and now the show is been filmed in an old brewery in South London.

What happens to the winner of the competition?

That’s not totally true. According to a stat, over 70% of the contestants never return to their previous job. That could only mean that most of them made a name/brand for themselves after leaving the competition. A good example is the case of the Masterchef 2005 winner, Thomasina Miers, who has built a brand that the world has come to know about. She is an English cook, a television presenter and the co-founder of the Wahaca chain of food restaurants in Mexico. Most of the contestants have found a career in the food industry thanks to Masterchef. Another contestant who makes this fact a concrete one is Alice Zaslavsky from Masterchef Australia.

According to Alice, once these guys have invested in you, especially when you go all in into the food industry, they will support you all the way. In fact, she attests to the fact that all of the judges have stayed in touch and helped her in different ways.

“And George has been super supportive. He is passionate about kids’ food education and when my book came out, he was the first one to read the whole thing. And, funnily enough, he’s been reading my reviews, too… I got a message just last week to say “loved you’re ‘Up in Smoke’ review” – Alice.

Now, let us talk about “the ugly”.

Remember the phrase “too many cooks spoil the broth”, apparently, there is more to that phrase. See it more like the Big Brother house, but more intense than that with hanky panky and more cooking.

Hey! making a TV show isn’t easy… Unless you’re a Kardashian. What does it really cost to film the sessions that are outside the cooking sphere?

In an interview session Alice had with the domain, she said “A shooting day can be up to 17 hours, sometimes at least four of those hours are spent driving up and down, from the house to the studio, up the driveway, out of the driveway; and at least another seven spent waiting around, some interviews can take like 3 hours – sometimes more… and then one of those hours is spent cooking”.

Things aren’t as they seem

Don’t get it twisted though! The contestants in this show are always pumped up and are always under extreme pressure, but what you should take note of instead is paying attention to someone when he/she overreacts and fluffs around in his/her bench. Why, you ask? According to Alice one of the contestants in the previous edition, she shared on Instagram “FIREBALL! ? Here’s the other half of my #masterchefau “Where Are They Now” vid (because ain’t nobody got time for clicking no #linkinbio ??) It’s been FIVE years since my season of Masterchef (although it truly does feel like a lifetime ago!) and even though the dramatic music still pushes my #nervousbutexcited buttons, I can’t wait to tune in and see what this season’s contestants have up their sauce-stained sleeves. ? #edibleadventures #masterchefaustralia #MCseason4 #channel10 #kitchenwhiz #crunchtime #alicesatoz”

She also talked about the doing all sorts to make sure they stay in perfect position for the cameras, talking about been done with cooking and having to step away from the bench, putting all of their utensils down, stop the touching the dish and for three minutes, pretend to fuss around your plates.

What! You mean that wasn’t real? What else isn’t real?

“One particular time I was up for an immunity pin and I was doing the ‘pretend to fuss’ at the end, I remembered I’d forgotten to season my peas and the salt was so close to my hand but I knew there were five cameras on me so I couldn’t do anything! Naturally, the judges said the dish was tasty except the peas were under-seasoned.” Oh, Alice. If only Masterchef wasn’t such drama!