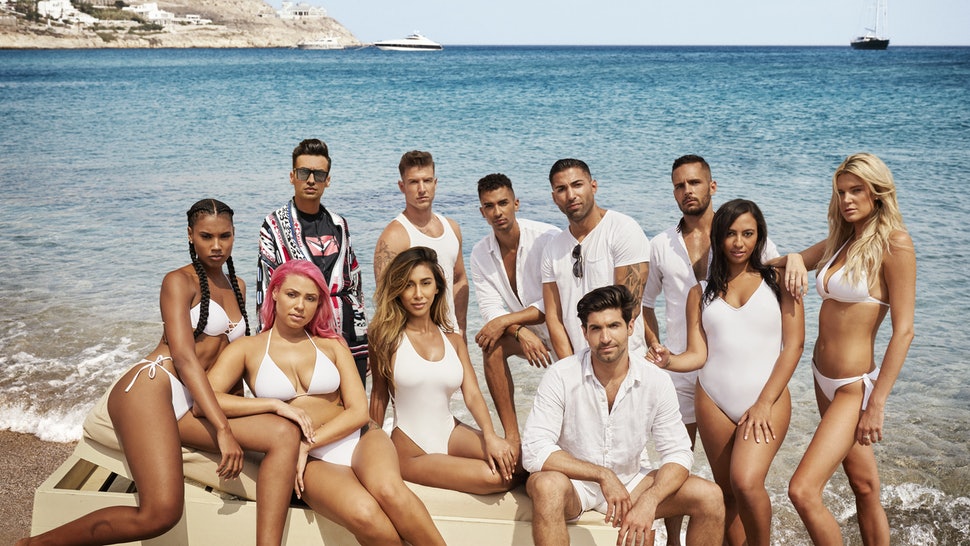 The reality TV stars you can’t get enough of

Reality television is famous for giving its contestants a pretty short shelf life. Even though anybody like last year’s Love Island winners can be everywhere for a moment, the here-today gone-tomorrow nature of reality TV means that there is a good chance that many of these contestants will have to look for a real job sooner or later.

However, we have seen plenty of reality TV stars who have managed to somehow carve something of a career out of this new entertainment phenomenon. From the outrageous antics of Kerry Katona to the larger than life personality of Katie Price, it seems that some of the celebs have more staying power than others.

As a result, some lucky people often get the call up whenever there is a new reality TV show about to be launched. So the next time that a series of Strictly Come Dancing or Celebs Go Dating hits our screens, don’t be surprised to find some of the following celebrities making an appearance.

Love her or hate her, there is little denying the fact that Kerry Katona makes for compulsive viewing. Since she hung up her microphone with Atomic Kitten, Kerry has found a real talent for appearing in endless reality TV shows. With a roll call of programmes that includes the likes of I’m A Celebrity, Dancing On Ice and Celebrity Big Brother, it’s almost worth asking which reality television shows Kerry hasn’t appeared on.

Such is the success of Kerry’s reality TV career that she has even enjoyed plenty of her own spin-off shows. While the merits of shows like Kerry Katona: Crazy in Love and Kerry Katona: What’s the Problem? might be up to debate, there is no point arguing she makes for great television. And even though she failed to find true love in the last series of Celebs Go Dating, we get the feeling that Kerry won’t be away from our screens for too long.

Anybody who saw the last series of Dancing On Ice will know that there is a new queen of reality TV in town. Gemma Collins was easily the best thing about this talent show, and her foul-mouthed rows with the judges and her bizarre costumes certainly lit up our screens.

Ever since Gemma shot to fame on The Only Way Is Essex she has managed to take reality TV up a level. Although she probably didn’t win too many friends during her controversial stint on I’m A Celebrity, there is little arguing with the fact that she always seems capable of picking up some tabloid headlines. Above all, Gemma is versatile and can always work wonders whether she’s on Celebrity Masterchef or All Together Now, and we are fascinated to see where she goes from here.

If any reality TV show is worried about getting enough viewers in, then they can take comfort in the fact that they could always get Katie Price to join the roster. Katie is one of the UK’s highest profile celebrities, and it was little surprise to find that she’d be picked for one of the best Celebrity Big Brother series.

Not many people can boast about the fact that they have been on I’m A Celebrity twice, but Katie, of course, had to go one further than her rivals. Her fly-on-the-wall series with Peter Andre was must-watch television, and although Katie is getting older, we are glad to see that she hasn’t lost any of her outrageous qualities.

There are plenty of contenders for the most popular female reality TV star, but where are all of the guys in this? Thankfully, we have the likes of Ryan Clark-Neal around to provide plenty of amusement on our screens.

Ryan shot to fame as a result of his appearances on the X-Factor, but he had already had a track record of reality TV before this thanks to brief appearances on shows like Signed By Katie Price and he even attempted to get on Big Brother.

Since his success on X-Factor, Ryan has become a reality TV staple. We loved him on Celebrity Big Brother, and we were also impressed with his culinary skills on Celebrity Masterchef. He found it hard on 2019’s series of The Apprentice but Ryan has certainly done enough to be considered one of reality TV’s all-time greats.

So far we have only concentrated on UK reality television shows. But as reality TV is a massive smash in the USA, we couldn’t resist including an American star. Obviously we had to include one of the Kardashian clan, and even though Kim might be the most famous, we have to say that Caitlyn Jenner is certainly the most adaptable.

From her early appearances in Keeping Up With The Kardashians to her spin-off show, Caitlyn always manages to appear likeable yet entertaining. From here, we’ve enjoyed seeing Caitlyn find success in plenty of other reality TV shows. These have ranged from a fairly predictable appearance on I’m A Celebrity, but it was her surprise turn on Skating With Celebrities that really made our jaws drop.

Few stars have had more of a chequered and frankly weird career than Calum Best. The celebrity was unlucky not to have won Celebrity Big Brother in 2015, and he even made a surprise return to the house just a couple of years later.

Since then Calum has managed to make a good amount of appearances in reality TV shows of varying quality. We loved seeing Calum work his charm on Celebs Go Dating, and his good looks also worked wonders on Celebrity Love Island and Famously Single.

Though not too many people might have tuned in to watch Totally Calum Best, we think that this reality TV star has plenty more to offer and we can’t wait to see where Calum ends up next.