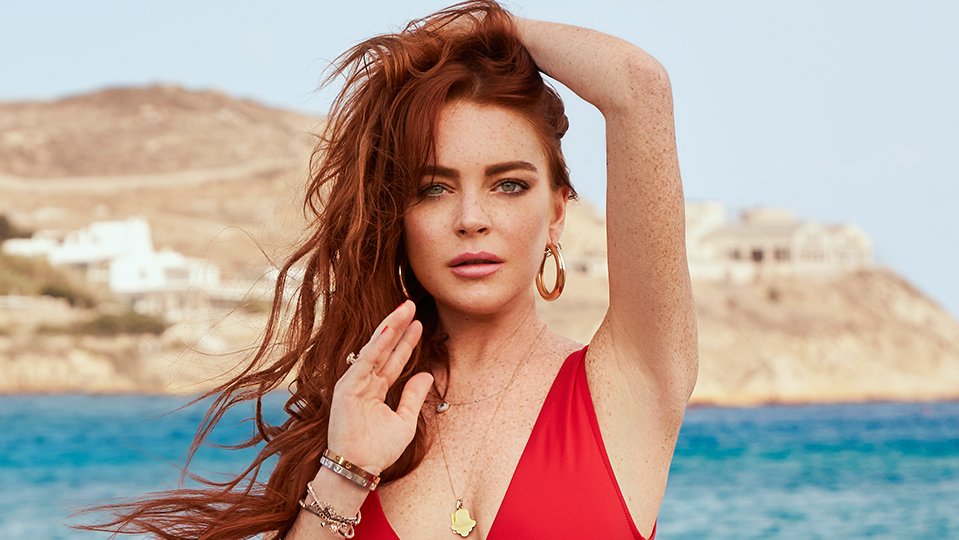 MTV’s latest reality TV show, Lindsay Lohan’s Beach Club has made for very entertaining viewing since in came on our screens in January earlier this yet. After all, who wouldn’t want to see the famously troubled starlet aim to make a success out of her new beach club venture on the Greek island of Mykonos.

But despite the promising show format and some initially impressive viewing figures, it seems that audience numbers have been waning over the past few episodes. Although there is little denying Lohan’s enthusiasm for her business venture, it seems that her ambassadors might be the cause of the ratings slump that has waned from 530,000 on the season’s premiere to just 310,000 by episode nine. So does this mean that we would get chance of a repeat visit to Lindsay Lohan’s Beach Club?

What’s behind the plummeting ratings?

The fact that there has been a drop of nearly 60% of the original viewing audience of Lindsay Lohan’s Beach Club will have set the alarm bells ringing for the show’s bosses at MTV. The reality TV show was initially shown on prime-time on Tuesdays but was shifted back to 10pm on Monday nights with reruns of Teen Mom 2 taking its place.

There have been plenty of catty comments from journalists that Lindsay Lohan just doesn’t have the star power that she enjoyed around a decade ago. Her wild child ways may have made her a tabloid sensation, but since moving to Dubai and London, she’s managed to escape the headlines that gave her her celebrity status. While she will be glad to be free of all of the arrests and visits to rehab that blighted the early part of her career, it doesn’t necessarily mean that viewers will be quite so interested in terms of what’s she’s doing now.

As a result, it’s little surprise to find that the premiere of Lindsay Lohan’s Beach Club enjoyed some commendable viewing figures. But after this brief surge of curiosity about the actress, it seems that this reality TV show might not have what it takes to merit repeated viewings.

An MTV resurrection for Lindsay Lohan?

Despite all of the doom and gloom surrounding the waning viewing figures, Lohan doesn’t seem to be letting things get her down. The star has been making full use of her Instagram account to make interesting statements that tease that there could be a second season of her beach club show.

There have been some snide comments saying Lohan’s lifestyle is so weird that she doesn’t even need a reality TV show so it seems that her new career at MTV could give her a new lease of life. The show’s concept is nicely original as she managed to overcome an abusive boyfriend to run her Lohan Beach House, and while the clientele of the project is as mindless as you’d expect, it still managed to provide some mildly amusing viewing.

Too much emphasis on the beach club ambassadors?

If anything there actually isn’t enough of Lohan in her own TV show. Even though the ex-child star makes a few appearances in some talking head sections, it’s mostly a fairly irritating gang of American ambassadors who make up the bulk of the content. From vile guys who boast about their waitress-slaying prowess to some empty-headed wannabe starlets, it’s often a sobering look at the kind of people who sign up to reality TV shows like this.

So if Lohan is largely absent, who actually runs her beach club? That falls to the entrepreneurial skills of her business partner Panos. He makes it quickly clear that he doesn’t mind doing whatever it takes to help Lohan’s business venture earn more cash. As a result, you get to watch a vile guest from Dubai fondling one of the waiters and see Panos congratulate the waiter for encouraging this in order to get the guest to part with more of their money.

What does the show tell us about Lindsay Lohan?

When Lohan does appear in front of the cameras, she manages to let us know that not too much has changed in her weird world. She still has that strangely placed accent that seems to switch between East Coast USA and Dubai, and part of the fun is trying to work out what will come out of her mouth next.

While her outspoken ways have kept her in the headlines, Lohan also took the time to show a more vulnerable side to her personality. Nowhere was this better seen that when she repeatedly went on camera to discuss her troubles regarding her abusive ex-boyfriend. With her somewhat villainous business partner, Panos, there to console her, it should have made for some moving television.

Despite this, Panos seems to take much greater pleasure in terrorising the VIP ambassadors, and the whole thing just feels a little unbalanced. But could this be part of Lohan’s plan to make herself look reborn as a new empathetic human? The star seems keen to show off her softer side and she seems determined to be taken seriously as a modern businesswoman.

As a result, you get plenty of eyebrow-raising examples of how the actress will do anything to protect the Lohan brand. This means making the ambassadors declaring her brand to be a focal part of their life goals, as well as seeing her firing people who don’t take the Lohan branding seriously enough.

In order to help her realise her entrepreneurial dreams, Lohan repeatedly mentions how often she calls Oprah Winfrey for advice. While the star has made little secret of her distaste for the paparazzi, she makes no secret of her awe for her slightly more famous celebrity friends. So as well as mentioning Oprah every other sentence, Lohan also makes the time to call up the likes of Al Pacino for no reason in particular.

It’s easy to badmouth Lindsay Lohan for her eccentric tendencies and it’s hard to argue with the basic fact that the star is hugely entertaining to watch. It’s just a question of whether the viewing audience will agree.