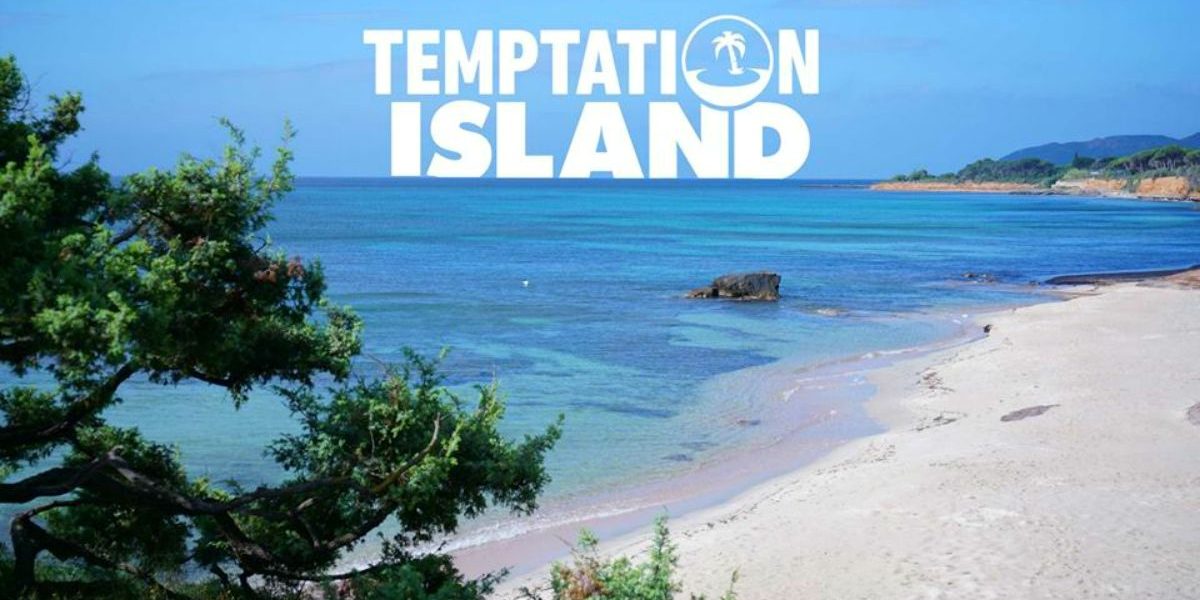 There are plenty of awesome reality TV shows on at the moment. But if talent shows like The World’s Best are leaving you cold, then why not turn up the temperature by taking a trip to Temptation Island?

This epic Fox show just came back on US television after a long absence, and it’s already proven to be able to outrage and delight viewers in equal measure. The concept is pretty simple. Just put four seriously insecure couples on a beautiful desert island, and then put their relationships under some real stress. This means that the couples are kept apart and must go on a series of dates with some hot singles and try and stay faithful to their partner.

The format follows the example of the original Fox TV show of 2001, and it even has the same dependable host, Mark L. Wahlberg, who provides a slightly weird fatherly figures to the romantically confused couples. Whilst the show follows the same template of previous series, we’ve definitely noticed how a new generation of contestants seem to delight in making complete fools of themselves.

Who are the couples?

Couples like Nicole and Karl, and Kady and John seem to be completely unaware of the basic fact that probably the worst thing that they can do to their already-rocky relationship is to appear on a show like Temptation Island. Take Shari and Javen who have inexplicably been together for eight years, and can’t seem to last two minutes without getting into a serious shouting match.

Thankfully, all of the contestants seem to have the Instagram-friendly physiques to help us overlook their lack of grey matter, and as such, the new series of Temptation Island makes for compulsive viewing.

But of course, this reality TV show is about so much more than the couples. This is because there’s an endless array of singletons who are doing their utmost to wreck these precarious relationships. As a result, we’ve seen no shortage of bare flesh shown on the current Temptation Island series and there have also been some seriously attention-grabbing opening statements.

This was perfectly shown in the second episode of the 2019 Temptation Island. Here we got to see the hopelessly attention-seeking Katheryn getting involved in a huge boozed-up fight with her fellow contestants. Katheryn epitomizes the current breed of reality TV stars in seeing these shows as being little more than a good opportunity for adding followers to her Instagram account. Whilst the purists might be horrified at her tactics, there is little denying that this makes for some explosive and spectacular TV.

It seems that Fox have learned the lessons from the aborted series of Temptation Series back in 2003. This was plagued by plenty of mistakes such as the embarrassing revelation that one of the couples actually had kids whilst the show’s producers were trying to tempt them into having an extramarital fling.

However, it seems as though the new series of Temptation Island has learned from other successful romantic reality TV shows. Thanks to the success of the likes of Joe Millionaire, Flavor of Love and The Bachelor, there’s been a template developed for these kinds of television programs, and it’s great to see Temptation Island put these lessons into action.

As a result we’ve already seen plenty of drama and intrigue. Whilst it would be foolish to think that you could learn any lessons in love from a show like Temptation Island, there’s little denying the fact that seeing airheads like Karl worry about losing his partner whilst being surrounded by bikini-clad women is hugely entertaining.

Can Temptation Island give Fox a reality hit?

It’s up for debate as to whether the current season of Temptation Island will manage to win viewers over. We’ve seen many similar shows come and go over the years. Whilst the occasional show such as 90 Day Fiancé can occasionally provide a few unexpected fireworks, it’s also true that it’s harder to surprise increasingly jaded audiences.

The basic concept of putting a bunch of empty-headed beautiful people on a tropical island is already one of reality TV’s most basic tricks. All over the world there are very similar shows such as the UK’s Love Island and Shipwrecked, and it’s clear that Temptation Island may have to toy with the formula a little.

Thankfully, it seems as though the producers have managed to assemble a cast of characters who seem to understand exactly what the viewers want to see. This means that we get to see Kaci looking suitably mortified as her boyfriend, Evan, gets a little too close to the flirtatious Morgan. Whilst it’s been endlessly amusing to see Brittney Rose attempting to ‘work her magic’ on the dumbstruck Karl Collins.

Even Kady seems to have joined the lovestruck carnage as she picked the hunky Johnny Alexander for a date, despite her promise to stay faithful to her boyfriend, Wynn Staden. All of which shows that there’s plenty of raw material for the show’s editors to construct some seriously confusing plot twists and romantic turmoil in this reality show.