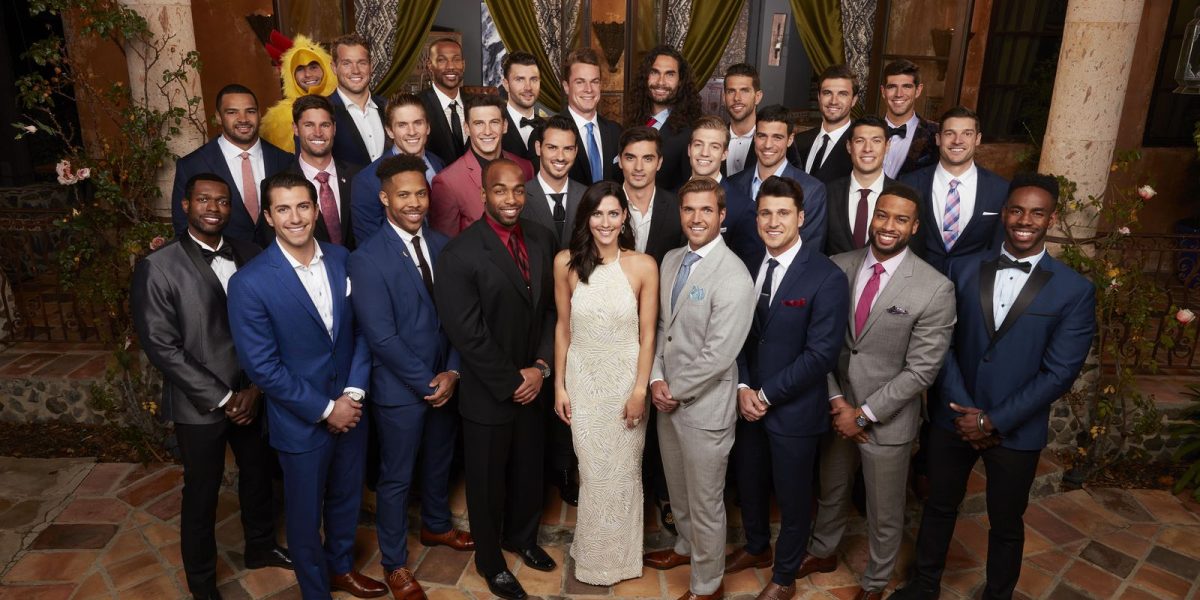 What can we expect from The Bachelorette?

The concept of The Bachelorette is remarkably simple. Rather than watching a bunch of ditzy women fighting over some guy, it’s the men who have to try and convince one woman that they are their soulmate.

Over the past few seasons of The Bachelorette, the show has had a pretty good strike rate of producing some lasting relationships. The fact that six out of the total of 14 Bachelorettes are still with the partner they met on the show illustrates the fact that this TV series is much more reliable for giving us a glimpse of true love.

When will the 2019 series of The Bachelorette hit our screens?

Historically, the premiere of each new series of The Bachelorette tends to land in the last two weeks of May. This gives you a good breathing space after the finale of The Bachelor which is expected to finish over the course of two nights on 11 and 12 March.

While the show’s television network, ABC, is still keeping the actual premiere date close to its chest, we think that The Bachelorette should follow the likes of American Idol and make its first appearance around 27 May 2019.

Who will be this season’s Bachelorette?

The internet rumour mill has been running in overdrive with the amount of gossip about who will be the next Bachelorette. But we have seen how many of the Bachelorettes tend to be taken from the last few women remaining on the previous season of The Bachelor. As a result, it could be any one of promising candidates like Hannah Godwin, Tayshia Adams, Caelynn Miller-Keyes or even Cassie Randolph.

Is Caelynn the bookie’s favourite?

There is little denying the basic fact that Caelynn is looking very determined to be this year’s Bachelorette. The 23-year old has already managed to become a big hit with the fans after she revealed how she had managed to overcome several troubling episodes in her past. However, it must be said that her on-screen tension with fierce rivals like Tayshia and even Hannah B could have affected her chances. This is especially so as previous Bachelorettes have managed to survive The Bachelor without getting into a fight with their competitors.

Is Cassie in with a chance?

Cassie Randolph could also be in with a decent shot of getting to be The Bachelorette. The Californian contestant has played the game wisely, and whilst she was often left in the shadows, she managed to make the most of her screen time to work her magic with Colton. However, with the likes of Kirpa Sudick cleverly revealing her true intentions, it seems that Cassie could still have some way to go.

Can Tayshia keep her personality in check?

There is no denying the fact that Tayshia has had plenty of screen-time in the current series of The Bachelor. Whilst this has made her one of the most visible stars of the series, it’s debatable as to how popular she is with the show’s fans. Tayshia suffered a horrendous amount of online abuse after she got caught up in a row with both Caelynn and Cassie. Ultimately, it will be the producers’ choice of whether someone as volatile as Tayshia could be the next Bachelorette.

Could Hannah be the surprise Bachelorette?

Hannah Godwin has had a very quiet series, but we think that she stands a good chance of being the next Bachelorette. Whilst the show’s editors have kept her out of the limelight, there is no denying the fact that she made a big impression on Colton. Plus the fact that Hannah G hasn’t been involved in any massive dramas could make her a surprise hit with the audiences.

What about Hannah B?

Sometimes TV producer like to throw the occasional curveball. And this is why we have seen plenty of rumours that Hannah Brown could be a contender for being the next Bachelorette. Despite her tearful goodbye and her spat with Caelynn, Hannah B managed to be a hit with the viewers, and her personality could be a good fit for the role of The Bachelorette.

Will there be a superstar Bachelorette in 2019?

Despite all of these promising contenders, there is also plenty of gossip that we could see a true superstar getting to be the next Bachelorette. Ever since Ashley Iaconetti brought up Khloe Kardashian’s name in connection with the role, there have been growing calls for a Kardashian to get involved.

This would be a massive coup for the TV show and a secret meeting was even set up. It seems that the Kardashian clan have angrily denied any chance of this happening. Plus such a move would alter the whole set up of the show that has always taken its Bachelorette from The Bachelor series.

What will happen in the next season of The Bachelorette?

ABC is pretty good at keeping secrets about TV shows like The Bachelorette. Despite this, we think that the decision of who the next Bachelorette will be will be made around the time of the After The Rose special that concludes the current season of The Bachelor. This makes sense as the production of The Bachelorette always begins directly after the final Bachelor show, and it gives us the fun spectacle of seeing the list of eligible bachelors.

But regardless of what happens with the casting process, it’s sure to be another season’s worth of must-watch television. And whilst the romantic plans don’t always work out too well, shows like The Bachelorette always make for essential viewing and we can’t wait to see what happens.