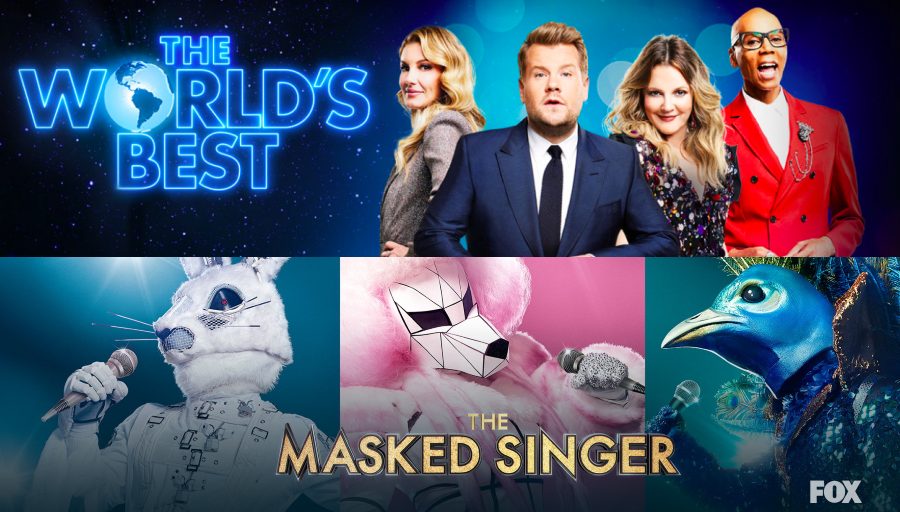 The World’s Best versus The Masked Singer

The battle for reality TV show supremacy is a bitterly fought affair. Recently we have seen The World’s Best going head to head with The Masked Singer to get the higher TV ratings, and it’s been fascinating to see who has come out on top.

CBS put on a grand unveiling of The World’s Best when it was premiered after the Super Bowl. Fox TV have also spared no expense in their bid to help The Masked Singer become the reality television hit of the season.

Despite the enviable time slot of The World’s Best, this show stumbled out of the gates as it could only pick up 5.56 million viewers. This may have been a result of the fairly dismal action of the football game that preceded it and the low viewing figures spelt trouble for CBS’ new flagship reality show.

This was made all the more notable when it was revealed that The Masked Singer managed to pick up 7.06 million viewers on the same evening. Although The Masked Singer had been running for longer and could steadily build up a larger audience, it still means that The World’s Best is going to have to work twice as hard if it wants to get chance of enjoying a second season.

There’s no shortage of talent reality shows like The World’s Best. But while the likes of X-Factor and America’s Got Talent keep things on a national level, The World’s Best takes a much more international approach. This means that you get to enjoy the bizarre spectacle of seeing everything from Mongolian people singing country and western songs to the likes of Italian nuns with a penchant for singing Lady Gaga songs.

But does this actually make for good TV? Surprisingly, it does, and we’ve had all manner of memorable performances on The World’s Best so far. The Wednesday night show follows a familiar knock-out format that offers a nice $1 million prize for the eventual winner, but its global approach makes it a little different from other shows.

So if you ever wanted to hear a Kazakhstan singer with a six-octave range, or watch Chinese acrobats hop on one arm, then The World’s Best is the perfect show for you. It’s the open-ended approach that makes The World’s Best constantly surprising viewing. Rather than shows that keep things about the performer’s vocal talents, this CBS show even has escapologists trying to get out of glass boxes of water.

But we all know that talent shows are often about the judging panel. There’s a huge variety of judges on The World’s Best from all over the planet, but CBS have made sure that the main judges are all from the USA. This means you get to see the likes of Drew Barrymore, Faith Hill and even RuPaul getting to award the contestants 50 points each, whereas the international jury can only cast a vote of point each.

You’ll probably know the show’s host, James Corden, from The Late Late Show and the English star does a pretty good job of keeping outrageous judges like RuPaul at bay while being suitably spellbound by some of the more outlandish performances. Ordinarily, The World’s Best would be seen as being a victory for CBS, but with The Masked Singer in the running, it’s clear that this show is going to have to work twice as hard to deliver respectable viewing figures.

Why The Masked Singer is one of TV’s weirdest shows

The basic concept of The Masked Singer is pretty simple. It follows the format of a pre-existing Korean TV show where masked celebrities get to sing some songs and then a panel of judges get to try and guess who they are before they get eliminated. It sounds like a strange premise, but the show has already delivered some impressive viewing figures that should ensure that The Masked Singer gets a second season.

The World’s Best makes for a fun but ultimately passive viewing experience and The Masked Singer revels in its interactive fun as you try and scour the internet to see who the hidden vocalist is before their true identity is revealed.

Obviously, there are plenty of clues that are designed to help both viewers and the celebrity judging panel guess who the singers are. Many viewers will take great pleasure in seeing how dimwitted celebs like Jenny McCarthy and Robin Thicke look completely flummoxed by the vocal performances.

It’s easy to dismiss the likes of The Masked Singer as being little more than a gimmicky show. But the show’s producers have clearly put in a lot of effort into coming up with some truly outrageous costumes, and the use of voice modulators when the contestants weren’t singing definitely added a very funny touch to the on-screen action.

Nick Cannon is a great choice as the show’s wise-cracking host, and although the use of celebs like Nicole Sherzinger might be a little predictable, The Masked Singer is thankfully just too weird to keep it from being formulaic. We won’t spoil the list of the partaking contestants for you, but there’s been a healthy smattering of A-list actresses, boy-band members, 1970s starlets, and even a couple of NFL legends too.

Ultimately, The Masked Singer is a fun concept that could run and run, and while that second season might be some way off, we can’t wait until this wonderfully daft TV show makes its return to our screens.

Hopefully, things will pick up for The World’s Best. There is certainly no shortage of outrageous talent out there in the world, and the show’s producers have done a good job of tracking down some incredible performers. But at the moment it looks like The Masked Singer has won the ratings war. However, we should mention the fact that there are a few more episodes of The World’s Best to go and so anything could happen.